"You will do greater
Miracles than Mine" 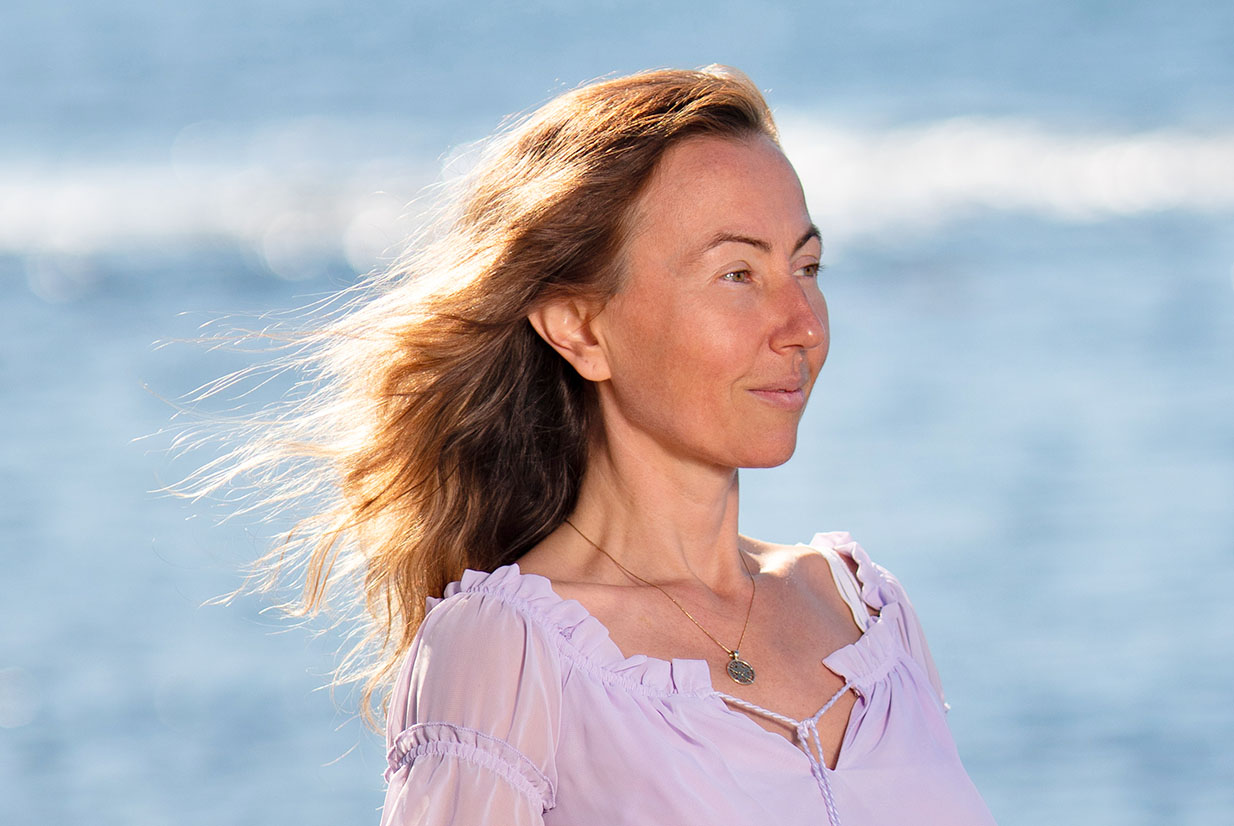 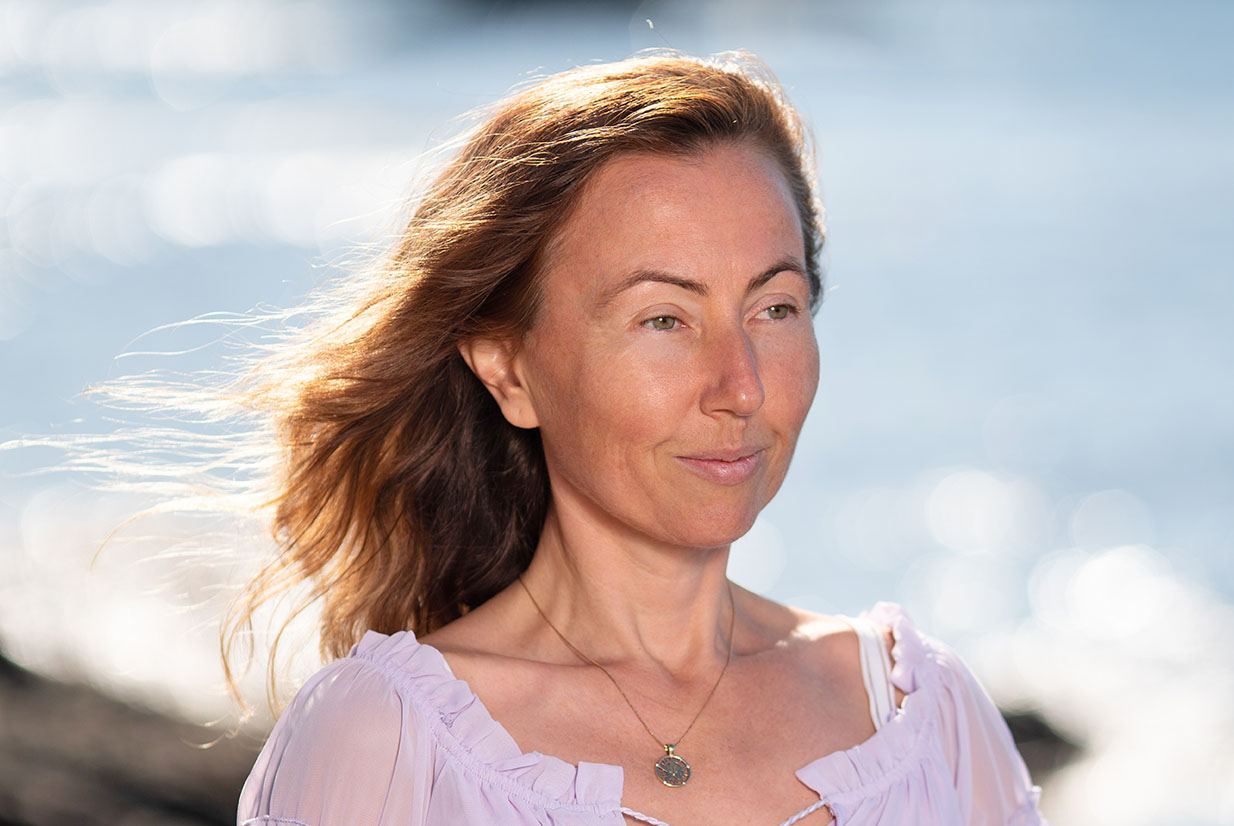 There is no incurable disease

Divine healing deals with the generic karma and the karma attracted by other people, it works with prayer; the most powerful healing tool and it work with love and forgiveness. It gives guidelines on where the patient’s faults are and how the body can return to its original pure state. “Vibrational cleansing” of pathogen and energy blockages are completed, physical injuries are cured. The energy channels are cleared for our relationships with loved ones, the channels of success, the connection with Earth, Cosmic energy and with God!
We will walk on this path together but above all – together with God!

Diagnostics of karma and healing of the spirit, body and soul from God’s merciful hands

When you need to learn more about the power of prayer, you can watch our recordings at www.youtube.com/c/SilvinaBelIlali

Awaken your healing gift, because you don’t know whose life you can change

Divine healing not only heals the physical body, it also heals the soul, the spirit and the consciousness. From this divine presence many people receive initiations, their energy is enhanced and their gifts are activated. This is also a healing of the soul, each one of us has enormous potential and healing the human soul restores the potential that the soul carries, but has lost for a number of reasons. Of course the physical body is treated as well, the bad relationships between people are healed, and their success is enabled.

What is Divine Healing?

This is the method I use to heal people. I call it “Divine healing”. It relates to what Jesus Christ did. When he was healing people, he first prayed to forgive their sins and to release all the demons that were attracted by these sins. In fact this was the divine healing that he imparted to his apostles after he left. And he says: “And they received the gift of being able to pursue demons and to heal.” Three times this has happened on earth, to an extent that it is happening now. It happened in the time of Christ; it happened during the time of Master Beinsa Douno and is happening now. I speak of the release of karma because all these spirits are the Supreme beings of the Divine world and their presence on the Earth releases the personal karma of all the people who were around them and liberates the generic karma. This is a grand event that has happened in the history of the earth, it is happening now, it is underway.

Is it only through prayer that it is possible to improve health and to reach complete healing?

A prayer is heard when one has purity, absolute purity- energetic and physical. Physical purity is not difficult to achieve, having energy purity, physical is really something very easy. And the other thing is; that in order for the prayer to be heard, one must have a connection with the spiritual hierarchies, because the order there is simply incredible. Each creature in the angelic and divine hierarchies of Christ consciousness has a strict specialization; each of them is responsible for something. You cannot be heard if you have no connection to this hierarchy because you have hurt it in some way or because you simply do not have that consciousness in evolution to reach that connection, to be able to endure this energy.

For the past year I’ve been working with prayer and touch. When I say me, this is not me, this is God and when I say God, it is all these hierarchies of beings who serve and help. That is why they are here, to help the next beings after them to evolve, and when you have a relationship with them, things happen.

How do you treat a person who says: “I no longer believe in God”?

There is time for each soul; if her time has not come in this life then it will come at sometime in the future. It is certain that all souls who walk with their backs to the light will turn and face the light.

Usually people who come to me are ready for this, literally God sends them; I am convinced of that because they come at a very specific moment, so at this very moment, I can help and work with them.
However there was one case with a girl, who came for her sick father, suffering from cancer. I checked and I saw that this man has no relation to God. He has never prayed, he is completely in the material consciousness and I don’t have permission to heal him. However I gave the girl a prayer and Georgi’s prayer book and said: “Let this person say a prayer for his health at least three times, three days in a row and if he does it at least once from the heart...”- this is very important. So if you do not turn to God, to the higher realms of love and light, whoever heals you, even Jesus Christ appears on Earth, if you don’t have this attitude towards the power of God’s light, the healing process simply does not proceed. And this is the first condition.

There are other people I work with, but at some point they revert to their sins or continue to manifest them. I had a case with a woman whose jaw was uncoupled and when I checked, it turned out she needed to change something within herself in order to complete the treatment.

What does it mean to be a really healthy person nowadays?

There are perfectly healthy people; these are the people of the new race, people who don’t have karma. But all other people who have been reincarnated have experiences from which they have drawn various negatives to themselves; it is difficult for them to speak of perfect health. In this sense, it is not a utopia, it is something attainable, but it is a derivative of the human purity.

To what extent the personal health is a matter of personal choice?

Very often we eat something and say to ourselves:” Ah, well, I feel bloated, because I ate bad food.” But the belly didn’t swell just because we ate some bad food, it swelled because there was some energy in that food, most often associated with the person who made the meal.

The causes of diseases are not wholly physical, they contribute to some extent, and they are a factor. Geopathogenic radiation, for example in people with cancer is also one of the factors that unlock the disease, but is not the root cause.

The body is really created as a perfect self; a healing system when pure. I am talking about energy purity. When you have no negative energy, you are pure energetically. But when you draw negative energy and if that energy goes in the body, if it goes into an organ, that organ weakens energetically. And then, as a result of the physical things that begin to accumulate there, the organ becomes ill. And then people say: “But that bacteria has made me sick”. I say; No, it is a consequence of the fact that you have weakened your body energy through your actions. Most often it is the deeds of people that make them ill. Bad thoughts and feelings too, but when we talk about sins, these are basically bad deeds, that hurt other people.

Thank you, wonderful and sunny Silvina, for your help, special attitude and the Divine healing which you held personally for me. I wish you and Georgi lots of Health, Love and Light! Keep on helping and making people happy!
Bow and Gratitude!

When I listen to Silvina, a special lightness comes from her! Feeling happy too! My feeling of Silvina is like unleashing an avalanche of love, wisdom and strength that grows and pulls everything along the way!

You are our DIVINE healing! You give meaning to our days. You are healing us and teaching how to do it ourselves. You show us light, beauty and love. Thank you very much! Amen! Aum! Aumen! Harum! Harom! Harim!

Thanks from all my heart to Silvina. After meeting her, my heart opened and Love began to overflow.
I strongly recommend that all souls who go down the path of God give themselves a personal meeting with her. Its magical.
To be in God’s Will!
Amen! Aum! Aumen!